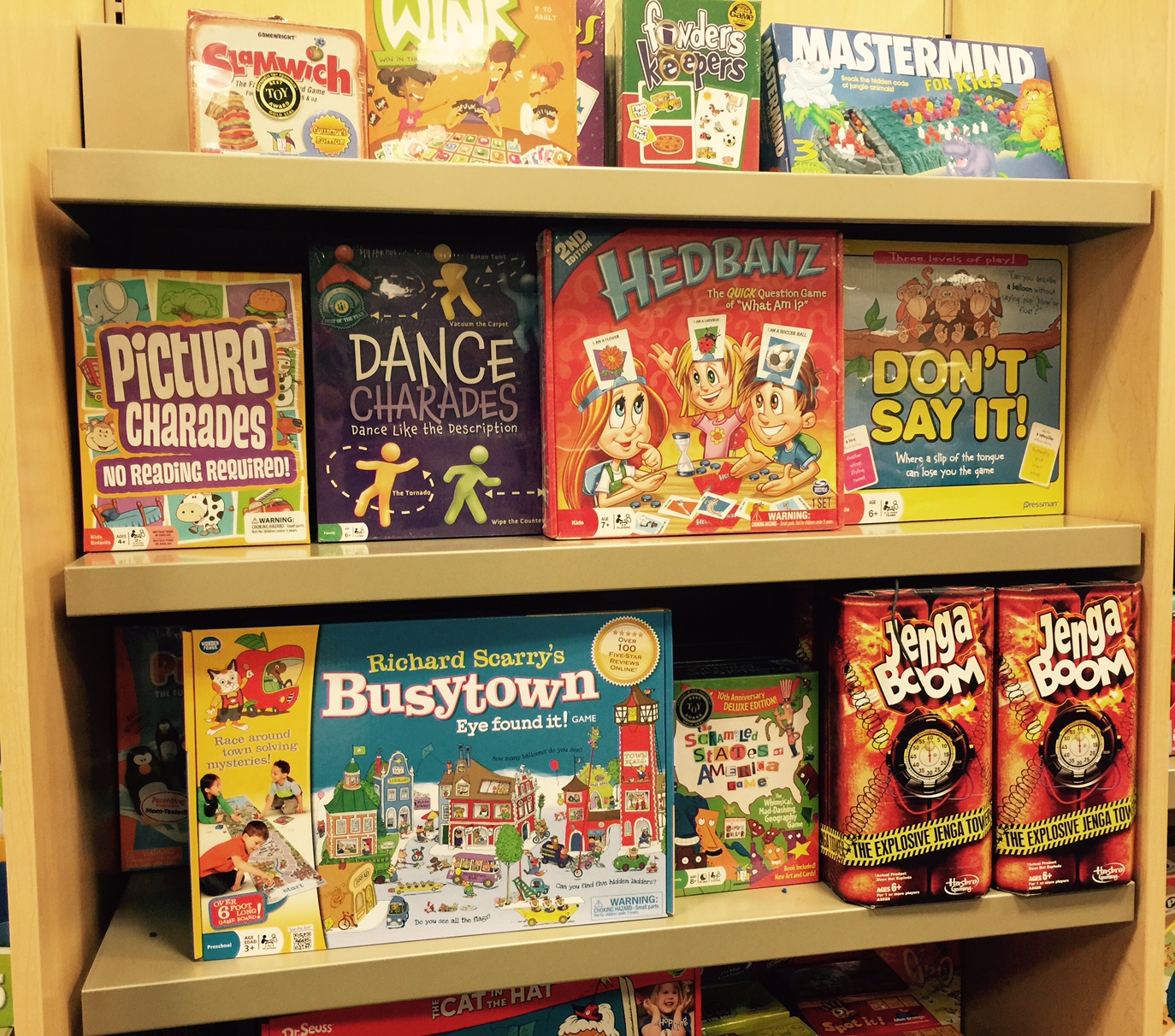 Growing up in the UK, with limited TV access (my husband laughs when I tell him about the three TV stations and the fact that the TV went to black at midnight) we would find ourselves on many occasion huddled around a fireplace playing either card or board games.  The tradition still remains to this day–it’s a good excuse to put down our beloved mobile devices and video games and to enjoy some good old fashioned fun.

Here are a few of my favorites.  They make for great birthday gifting ideas;

Mexican Train–is an all-time family favorite for ages 8+ (although my 5 year old played this last year too). If your child like dominos, this game will not disappoint! The object of the game is for a player to play all the dominoes from his or her hand onto one or more chains, or “trains”. The winner of the game is the first person to get rid of all of their dominos.

Zingo It’s not just bingo. It’s Zingo!, a matching game that encourages pre-readers and early readers alike to match the pictures and words to their challenge cards. The Zingo! Zinger dispenses tiles and fun as young minds quickly race to be the first player with a full card and yell “ZINGO!” With two levels of play, this matching game builds language skills through fast-paced play.

Mancala–A count and capture game which could very well be the oldest board game in the world. Historians believe that this African stone game oriented in Egypt sometime before 1400B.C.  My daughter loves this game–it’s a new addition in our house and the great thing is that it helps them with their mathematical skill too–win, win!!  Suitable for ages 8 and up.  Toy contains small parts so not suitable for ages 3 and under.

Hedbanz known as the question game, kids attach a headband with card to their head for all other players to see and ask yes or no questions to figure out if the cartoon on their head is an animal, food or man-made object. The first player to guess what they are wins! Suitable for ages 7+.