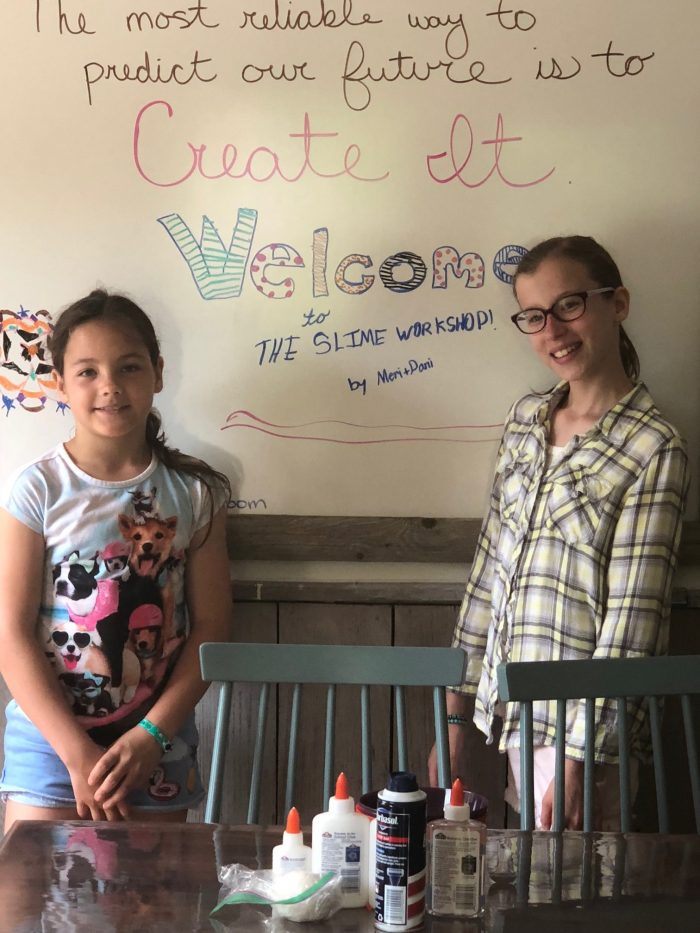 There’s nothing Booked Parties loves more than supporting the creative, energetic spirit of entrepreneurs. Recently, we are finding inspiration by setting our sights a bit lower…literally. A new crop of entrepreneurs are on the rise, but you won’t find them running their businesses between the hours of 9am to 3pm when school is in session. Gone are the days of paper boys and lemonade stands. Today’s young business owners are savvy beyond belief, successfully identifying niche business models and leveraging the power of social media in a manner that’s so natural to them, it’s staggering to us grown-ups. The children are clearly ready to lead the future.

Spotlight On: The Slimer Sisters

There’s no doubt about it. The slime craze has officially taken hold of America’s youth. Craft stores are reporting shortages of glue and searches for “slime” are dominating YouTube, Instagram and Etsy. Twin sisters Meri and Dani Levine, like many tweenage girls, were drawn to the slime craze. Unlike many girls there age, however, the sisters have become slime experts, actively formulating their own recipes and drawing an enviable following.

They have each taken specific roles with Meri taking the lead on social media and SLIME LAB workshops as Dani collaborates and assists. With close to 3,000 followers, their Instagram profile, @slimebymeri engages the #slimebymerigang with videos of the sisters adeptly squishing and popping various creations described as fluffy, silky and glossy featuring various appealing scents and ingredients like glitter, beads, Pop Rocks and cereal. It’s strangely satisfying to watch. Most recently the girls hosted a SLIME LAB workshop at DayDreamer Studio, a creative event space for local artisans, where they taught other kids to make four of their signature slimes.

We sat down with Meri of The Slimer Sisters to learn more.

How did you become “slime expert”?

For a while, I tried out new recipes and textures and then began making my own slimes. I enjoy learning about different slimes, so I experimented with all different types of textures that felt really cool. That’s how I became an expert in slime.

What sets your recipes apart from others in the slime world?

Every slime has similar recipe, but what makes our slimes different are the add-ins. I like adding different ingredients like certain types of clay, beads, shaving cream and more that other people may not have access to or haven’t thought of.

What made you turn this hobby into a business?

I really enjoy making slime and right now it’s such a big trend. My goal was to save money for a “Slime Bash” hosted by a well-known slimer where many people go to sell their slime. I found out that I could turn slime into a business. I also found out that I really love teaching other kids how to enjoy it too!

Sometimes it’s complicated because we can disagree, but sometimes we agree and like the same things! Working with family only works for some people. It works for us because we try to help each other. If you want to work with family, I would give it a try, but if it doesn’t, working independently is also really good.

In one year, you cultivated a huge Instagram following. How’d you do it?

You really have to engage with your followers and follow them back and like their posts. I like to collaborate with other slimers and review their slime on my page. You have to be very active on your account too, so people don’t unfollow you. Being active is important because it makes it so that people can easily find your account and allows them to see what you’re posting.