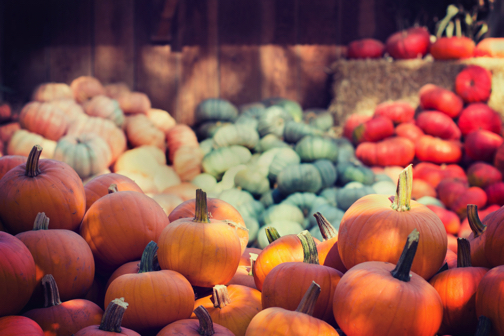 Sleepy Hollow to the north was known as North Tarrytown until 1996, when it took back its original name, made famous through “The Legend of Sleepy Hollow.” Written by Tarrytown resident Washington Irving, the legend’s “Headless Horseman” is a regular presence in TASH, and local children no doubt need their nightlights this time of year.

The combined population of TASH hovers just above 20,000, with a diverse makeup imbued with civic pride. For many families, TASH offers a fine compromise between urban and suburban delights. The Tarrytown Metro-North train runs a regular express to Grand Central and cultural options are plenty, yet bucolic farms and pastoral views straight out of the Hudson River School of Painting abound.

Most kid-centric activities in these two towns can be pretty cool for grownups as well. Tarrytown Music Hall brings musical and theatrical performers of every stripe, as well as performance programs for students—improv, Shakespeare, and intro to acting among them. Think Space Studio offers classes in the fundamentals of computer programming for middle and high-school students, and the YMCA host classes and summers camps centered on hobbies, arts, and sports (as well as a highly subscribed afterschool program popular with working parents).

The outdoor-minded have plenty to enjoy in such spots as Pierson Park on the riverfront (playgrounds, fishing pier, picnic space, tennis courts, basketball and more) and Stone Barns (technically in neighboring Pocantico), a modern working farm with education offerings for families (and a delicious café, not to mention the well-curated gift shop and world-famous Blue Hill Restaurant). Or stop by Philipsburg Manor for a taste of Colonial life at a working gristmill and estate. Families can learn what life was like for the 23 enslaved individuals of African descent who lived there. A tour of the manor house encourages children to touch replica period pieces of furniture and décor.

You can find spooky fare year round in these towns, but the haunting heats up in October, to nobody’s surprise. Pick your scary poison depending on your child’s tastes and fear-tolerance, but top picks for all include the The Great Jack O’Lantern Blaze, Sleepy Hollow 10K and Fun Run, and Irving’s Legend reading. The Blaze—more than 7,000 hand-carved, illuminated pumpkins—nearly defies description. Book your tickets and prepare to be stunned. The 10K and mile fun run is a wild parade of crazy costumes with scares along the (frighteningly hilly) route. The legend reading features master storytellers recreating Irving’s spooky tale in the actual churchyard from which the Headless Horseman rises in search of his head.

As with most of the River Towns, dining and shopping center on Main Street, in Tarrytown. Some standouts include A Nu Toy Store, selling new and used toys as well as vintage goods; The Village Soccer Shop, which touts the soccer lifestyle for fans and players alike, and Main Street Sweets for ice cream and candy. If your sweet tooth isn’t sated on Main Street, head up to Broadway for a visit to Posh Pretzels, which panders to sweet-and-salty lovers with its gorgeous array of handcrafted chocolate-covered pretzels, marshmallows, cookies, and more. They do a swift business in custom orders for gifts and parties, so allow a three-day lead-time for those.

Eating out with kids can be pretty exciting in TASH—especially if you have an adventurous eater. Main Street offers tasty noms for lovers of Greek (Lefteris Gyro) and Korean (Bibille) food. There’s delicious barbecue to be found at Piknik and tasty tacos and much more from Taco Project.

Closer to Sleepy Hollow lives a family friendly pub called Bridge View Tavern, which offers a lovely river view, children’s menu featuring the usual suspects, and a ridiculously expansive microbrew menu for the grownups. Everyone’s happy—unless you have teenagers, and then, well, you just never know, do you?

Hillary Landau is a real estate agent located in the Houlihan Lawrence Briarcliff Manor Brokerage Office.  Her boutique approach encompasses not just selling a home but highlighting the quality of life in the communities she serves. As a lifelong New York City gal, she understands what it’s like to transition from the city to the ‘burbs. It’s her mission to help families settle into their new community feeling connected to everything – plumbers, painters, neighbors, babysitters, nursery schools, restaurants and even new friends. Visit her on Facebook and Instagram for more information!